The Reality of Postwar Revolution: A View of the Tokyo Preventive Center and Asian Marxism

How did the leadership of the Japanese Communist Party, which had been ruthlessly oppressed since the late-1920s, emerge suddenly after defeat in 1945 to become one of the most organized and powerful political groups in post-imperial Japan? In a guest seminar, Professor Suzuki Norio of Aichi University presented his latest research on the postwar Japan Communist Party and the idea of postwar revolution. Suzuki began with a discussion of the state of archival material on the Japan Communist Party, as well as ongoing efforts of Japanese historians to document party activities during the early-Cold War. In particular, Suzuki’s presentation broke new historical ground by focusing on the hitherto neglected role of the Tokyo Preventive Detention Center as the wartime crucible of the banned Communist Party, from where party leaders and affiliated members debated the shape of the postwar world, the future role of the emperor system, as well as objective conditions for revolution in Japan and East Asia. Through the lives of postwar Japanese Communist Party leaders, such as Tokuda Kyuichi, Nosaka Sanzo, and Ito Ritsu, this presentation revealed the way individual lives and political careers rose and fell with shifts in political and ideological alignments between Moscow and Peking. Bringing together the strands of the wartime and postwar Japanese Communist Party, Suzuki provided a powerful demonstration of the need to see late-imperial and postwar Japanese political history as international history. (The talk and discussion were held in Japanese). 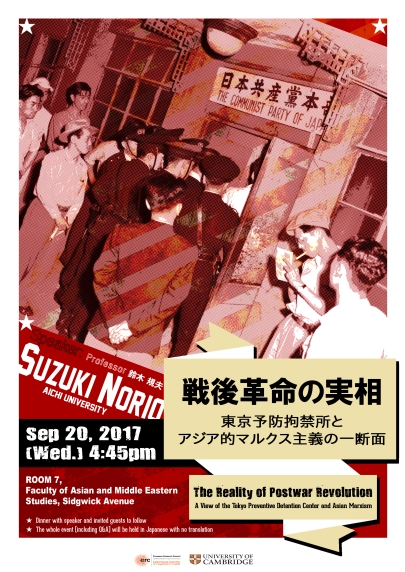 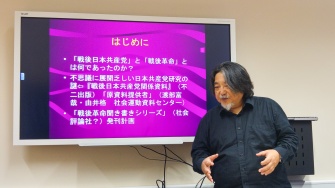 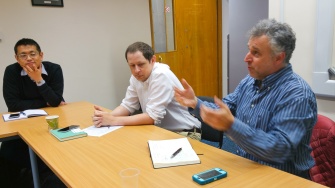 Special collection on ‘The Social Life of Plastic’ launched in Worldwide Waste: Journal of Interdisciplinary Studies

We are pleased to share news of a special collection on ‘The Social Life of Plastic’, edited by Brigitte Steger, Patrick O’Hare and Teresa S. Perez, is being launched in Worldwide Waste: Journal of Interdisciplinary Studies A new article will be added to the collection each month. Read the article here: https://www.worldwidewastejournal.com/collections/special/the-bag-and-beyond-social-science-and-the-social-life-of-plastic/   Read more […]

Women in Japanese Studies: Paths to a Successful Career

Ms Julie Rogers (Mitsubishi Corporation International (Europe) Plc) in dialogue with Dr Laura Moretti Monday 3 May, 5pmZoom This talk is open to current students in the Faculty of Asian and Middle Eastern Studies, and graduates of Japanese Studies at Cambridge. If you would like to attend please write to Freddie Semple at fs468@cam.ac.uk. Ms […]