This workshop brought together scholars from Taiwan, Japan, and Cambridge, and opened with a keynote speech by Professor Andrew Preston (Professor of American History, University of Cambridge), entitled:  From Dong Dang to Danang: America’s Thirty Years’ War for Asia.

Over the next two days, the topic was approached from different angles by the speakers. The first day saw presentations on a variety of topics related to the US-ROC (Republic of China) security relationship; academic interaction between the two countries; and the ROC’s place in the United Nations, and US support thereof.

The presentations on the morning of the second day took a more inter-Asian approach, and looked at the institutionalisation of Japan-ROC ties; Beijing’s views on PRC/ROC rivalry within Japan; as well as De-Japanization and decolonization in postwar Taiwan. The presentations in the afternoon dealt with a variety of topics, such as the reform of rural Taiwanese society with US guidance; the Taiwanese reaction to Beijing’s Ping Pong Diplomacy and the first steps toward rapprochement between Beijing and Washington; and finally an in-depth look at the Cold War roots of the Diaoyutai/Senkaku islands dispute and the role of Taiwan therein.

The consensus among the participants, brought together here for the first time to evaluate the multifaceted but under-researched topic of Taiwan’s place within Cold War East Asia, was that these two days of spirited discussion should serve as the start of a continued academic exchange and collaboration, in order to bring many of the important questions raised into sharper focus. 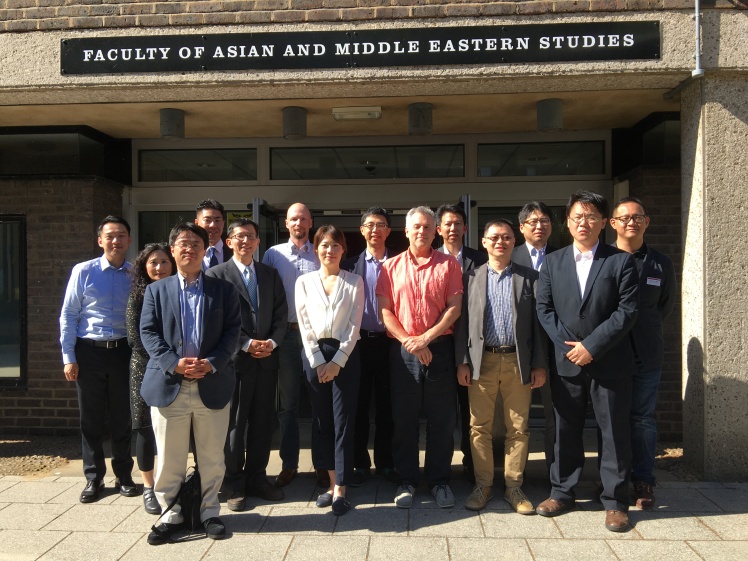 The latest issue of the Japan and the World Newsletter is now available to read here: https://japanandtheworld.org/newsletters/ We hope you enjoy reading about all the exciting things happening in the Japanese and Korean Studies subjects groups at the University of Cambridge.  Feedback is always welcome, and if you have something you would like to share […]

The Department of East Asian Studies, within the Faculty of Asian and Middle Eastern Studies at the University of Cambridge, seeks to appoint a 3-year, fixed-term Postdoctoral Research Training Associate in Japanese Studies. The post will start in September 2022 and last until August 2025, due to the post being a traineeship. This position is […]